Ten of the most common Relationship Wreckers. Are you guilty of them?

Posted on November 9, 2017 in Work together in harmony by Mark McPherson 0 Comments 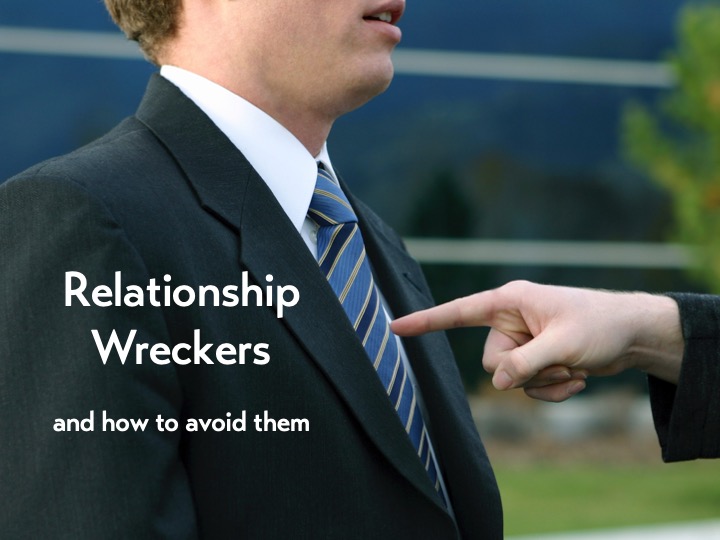 There are plenty of things said every day, in ordinary run-of-the-mill conversations, we need to weed out and throw in the bin.

They’re what I call Relationship Wreckers. And it’s because that’s exactly what they do; they wreck relationships.

What follows is a brief look at what I’ve found to be the ten most common Relationship Wreckers. You’ll probably find some of them pretty minor and nothing to get too worked up about. But you’ll probably find others to be way more serious.

And you might even find a few things that really get up your nose, haven’t been included. So please feel free to add your own in the comments below – what I’ve written is probably just the the tip of the iceberg.

But just before we look at them, it’s important to understand that sometimes Relationship Wreckers are exactly what we really think. But that’s not the issue.

The issue is this: If we want to maintain good relationships – and of course the ‘if’ is rather important – we need to think carefully about what we want to say. And if necessary, rephrase it so it’s more constructive and less annoying, or simply don’t say it at all.

Here are the ten most common Relationship Wreckers.

If you’d like to make a comment on the one’s I’ve listed, or if you’d like to mention a few of your own, please go ahead – I’m sure you’ve got a few up your sleeve.
All the best, Mark McPherson.