Tough Conversations: Deal with one concern, issue or problem at a time 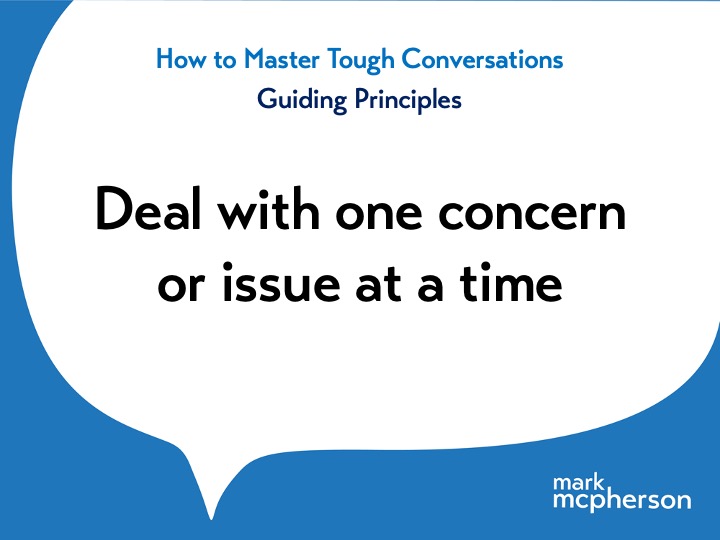 This is a continuation of the series of blogs called: Guiding Principles for Mastering Tough Conversations.

Hi, I’m Mark McPherson. Welcome to one of my Guiding Principles for Mastering Tough Conversations.

This Guiding Principle is: If you can, only deal with one concern, issue or problem at a time in any one particular tough conversation.

I know it’s not always possible, but it’s usually better if you can. And there’s two reasons for this.

The first one is it’s usually better because it allows the other person and you to concentrate on just one issue. That’s usually the best way to go.

So as a general rule at least, it’s always best if you can to only deal with one concern, issue or problem in any one tough conversation.

So, let’s leave it there. Wherever you are and whatever you’re doing, please look after yourself. Look after your friends and family, and I do hope to chat to you soon.

All the very best.